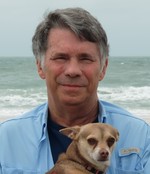 Dr. Scruggs previously served on the faculties of Utah State University and Purdue University. His interests include cognitive and instructional strategies for students with disabilities, and research synthesis. In addition to his own experimental research, he has conducted several traditional meta-analyses of group-experimental research literature, and has pioneered, with Margo Mastropieri, techniques for integrating single-subject, survey, and qualitative research literatures. His publication activity includes over 200 journal articles and 65 equivalent articles, 61 chapters in books, and 31 co-authored or co-edited books. His most recent co-authored book is The Inclusive Classroom: Strategies for Effective Instruction (5th ed., with Margo Mastropieri), published by Prentice Hall. He has co-directed numerous federal grants, in test-taking skills, peer tutoring, mnemonic strategy instruction, science and social studies education, and in undergraduate and doctoral training. His work has been widely cited by others, including over 10,000 Google Scholar citations.

Dr. Scruggs received a Bachelor of Arts degree in English from the Pennsylvania State University, and a Masters of Education degree in Special Education from Lesley University in Cambridge, Massachusetts. He has also studied at the University of Illinois, where he was an Edmund J. James Scholar, and at Durham University, United Kingdom. He has had teaching experiences in a variety of educational settings in Massachusetts and Arizona (including the Gila River Indian Community), particularly with students with special needs on the preschool, elementary, and secondary levels.

Favorite Links (each opens in a new window)