Twelve College of Education and Human Development students were initiated into the George Mason University's Nu Alpha Chapter of Kappa Delta Pi education honor society on Monday, November 13 at a ceremony in Thompson Hall.  The new members were nominated by faculty as exemplars of scholarship, leadership, and service – the core values of Kappa Delta Pi. 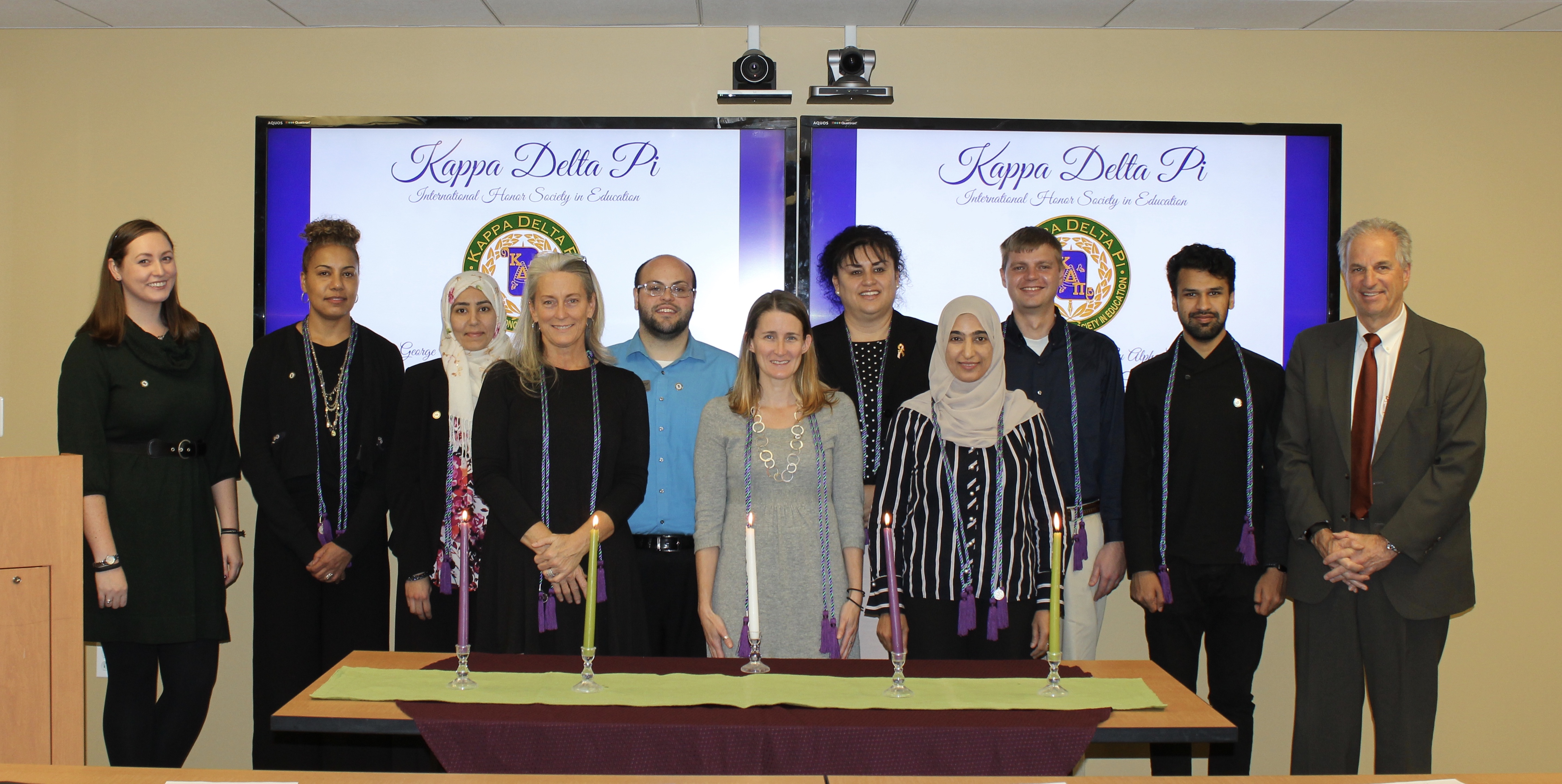 Members were welcomed by Chapter Counselor and Teacher Licensure Specialist, Rebekah Flis. Dean Mark Ginsberg gave the charge to initiates, reminding them of Nelson Mandela’s words, “Education is the most powerful weapon which you can use to change the world.”  Flis and CEHD Student Engagement Coordinator Brandon Quiles then led the new members in their oath to uphold the society’s values. Each member was presented with a certificate, pin, and Kappa Delta Pi’s distinctive purple and green cords to be worn proudly at commencement. 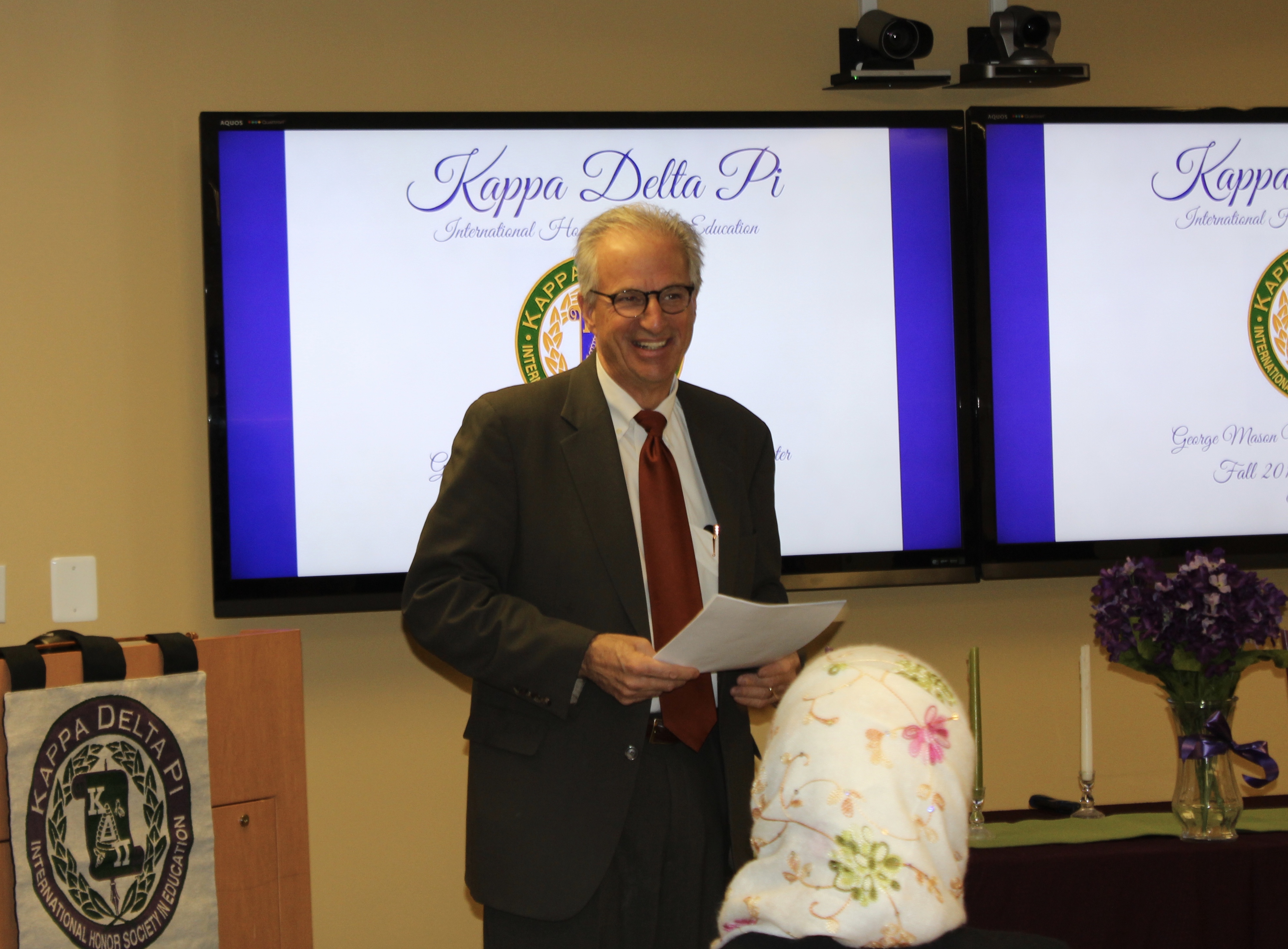 Kappa Delta Pi is an international organization with an initiated membership of over 1.2 million, stretching back more than a century, with the goals of fostering excellence in education and promoting fellowship among those dedicated to teaching. Mason’s initiates take their places alongside distinguished members including Margaret Mead, Eleanor Roosevelt, James William Fulbright, and Albert Einstein.

The newest members of Mason’s Nu Alpha Chapter of Kappa Delta Pi are: