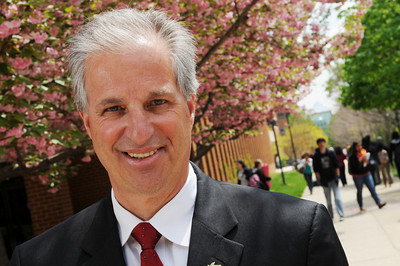 Mark Ginsberg joined George Mason University in 2010 as the dean of the College of Education and Human Development at George Mason University. Mason, with over 38,000 students, is a Carnegie Tier 1 university that is the largest public research university in Virginia. Dr. Ginsberg's career spans more than a 35-year period as a professor, psychologist and skilled administrator. He has published extensively in the areas of education, psychology, human development and human services. In addition, he has lectured and presented at over 200 conferences, seminars and other educational meetings and professional development events, both within the United States and internationally.

Dr. Ginsberg served as the Executive Director and Chief Executive Officer of the National Association for the Education of Young Children (NAEYC) from January 1999 until June 2010. Prior to joining NAEYC, Dr. Ginsberg was chair of the Department of Counseling and Human Services in the Graduate Division of Education at The Johns Hopkins University and a member of the faculty of both the Department of Psychiatry and Behavioral Sciences and the Department of Medicine in the School of Medicine. He had served as a member of the Hopkins full-time and part-time faculty for more than 25 years. Before joining Johns Hopkins, Dr. Ginsberg held the position of Executive Director of the American Association for Marriage and Family Therapy (AAMFT) from 1986-93. From 1981-86 he was a senior member of the management staff of the American Psychological Association (APA), after having been a faculty member in the Department of Psychology at the University of Rochester.