CEHD Distinguished Alumnus of the Year 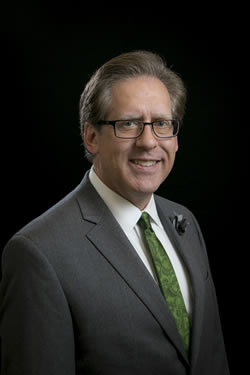 Congratulations to Dr. Britt J. Davis, the 2017 College of Education and Human Development Distinguished Alumni recipient. Davis received the award at the April 26 Celebration of Distinction awards banquet hosted by Mason’s Alumni Association. He is a two-time graduate of George Mason University, graduating in 1991 with a bachelor of science degree in parks, recreation, and leisure studies and in 1996 with a master of public administration degree.

Davis serves as vice president for institutional advancement and senior advisor to the president of Campbell University in North Carolina. In this role, he leads the university’s Development, Alumni Relations, Communications and Marketing, and Admissions departments. Davis led the admissions team to achieve the largest undergraduate enrollment in school history in fall 2016. He generated a university fundraising record of over $115 million from 2011 to 2016 and increased alumni giving participation from 11 to 14 percent from 2011 to 2015. Under his tenure, Campbell advanced 13 spots in the U.S. News & World Report rankings (moving from #37 in 2011 to #24 in 2016). In addition to his duties at Campbell, Davis serves on the boards of directors of the North Carolina Museum of History Associates and the Triangle Literacy Council, both located in Raleigh, North Carolina. Davis, his wife Danielle—also a CEHD graduate (MEd ’98)—and their two daughters reside in Raleigh.

The College of Education and Human Development Distinguished Alumni Award recognizes an alumnus or alumna for his or her professional achievements and contributions in the education, recreation, health, or tourism fields. This year’s distinguished alumnus represents the college’s core values of collaboration, ethical leadership, innovation, research based practice, and social justice.