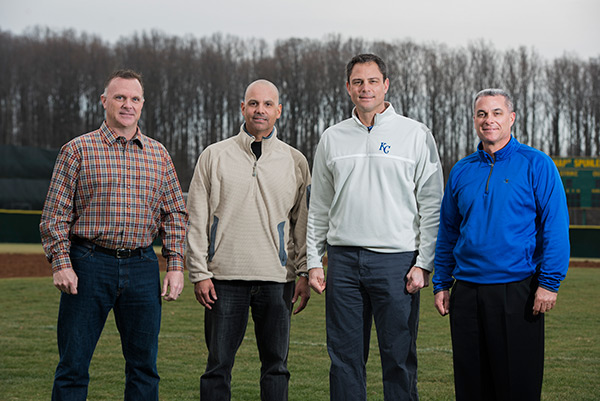 Kansas City needed only five games to pull out the best-of-seven series against the New York Mets, including the clinching 7-2 win in 12 innings in the early morning hours Monday in New York.

Moore played for George Mason's baseball team in 1989 and graduated with a bachelor's degree in physical education and a master's in athletic administration (now called sport management). Both academic programs are part of the university's College of Education and Human Development. Also graduating with a physical education degree were Goldberg and Munoz.

Dayton Moore remains close to Bill Brown, the George Mason coach he played under who continues as head coach of the Patriots. Moore returns to the Mason campus frequently to speak to and inspire students about qualities of leadership and character that lead to professional and personal success, including respect, responsibility, integrity, servant leadership, and sportsmanship.

Moore was named George Mason University's Alumnus of the Year in 2015.

The original version of this article was written by Preston Williams for Mason News.