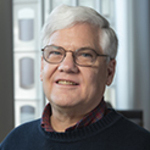 Martin Ford's research focuses on motivation and competence development across the life span, with an emphasis on the role that personal goals, emotions, and personal agency beliefs play in facilitating optimal functioning and life meaning. He is the creator of Motivational Systems Theory (MST), an integrative framework first presented in Motivating Humans (Sage, 1992), and co-creator of the Thriving with Social Purpose (TSP) Theory of Motivation and Optimal Functioning and the TSP Theory of Life Meaning (with Peyton Smith). These elaborations on MST, along with extensive discussion of the evolutionary origins of motivational processes and social purpose goals, are described in Ford and Smith’s new book, Motivating Self and Others: Thriving with Social Purpose, Life Meaning, and the Pursuit of Core Personal Goals (Cambridge University Press, 2020). Martin has also developed assessment tools designed to help people identify their core personal goals and potential obstacles to the pursuit of those goals, including the Assessment of Personal Goals (APG; with C.W. Nichols), the Assessment of Personal Agency Belief Patterns (APP), and the APG Personal Application Guide (with Peyton Smith; see https://apg.gmu.edu).

Martin received his bachelor's degree from Penn State's College of Human Development in 1975, where his father served as the founding Dean before returning to the faculty to create the comprehensive theory of human functioning and development known as the Living Systems Framework – the “parent” theory for MST and TSP. After moving to Minnesota with his wife, Sheri, Martin subsequently earned his doctorate in child psychology from the University of Minnesota’s Institute of Child Development in 1980. During his 13 years at Stanford University, Martin received the APA Division 15 Early Contribution Award (1983) and Division 7's McCandless Young Scientist Award (1987) and began his transition into academic administration as a department chair and associate dean. In 1993 (with two children in tow), he moved to George Mason University, where he applies motivational principles on a daily basis in his role as Senior Associate Dean of the College of Education and Human Development. Martin also served as Acting Dean of the College on two occasions (2000-2001, and 2009-2010), and in 2007 received the David W. Rossell Quill Award for leadership on initiatives resulting in advancement of the university's mission.

Motivation in educational and organizational contexts

The assessment of personal goals and personal aency belief patterns

The TSP Theory of Life Meaning

TSP as a conceptual framework for leadership development

TSP as a conceptual framework for academic administration