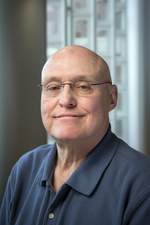 According to a September 2018 correspondence from the National Recreation and Park Association (NPRA), Dr. Kozlowski’s Law Review Column is the single most widely read article in Parks and Recreation Magazine, the official monthly publication of the NRPA. In NRPA member surveys, these monthly law related articles have consistently been.the highest rated feature in the magazine.  Moreover, NRPA web page analytics indicate Kozlowski's columns account for about 45% of all page views of the digital edition of the magazine.  In addition, each month, the print edition of the magazine is distributed to a readership of 30,000.

Dr. Kozlowski's Law Review Column in Parks and Recreation Magazine has appeared monthly since January 1982. In recognition of the significance of his work, Dr. Kozlowski has received a number of professional awards and honors. In 2011, the American Academy for Park and Recreation Administration selected Dr. Kozlowski as one of the “Legends in Parks and Recreation,” an honor recognizing “distinguished administrators and educators who have made outstanding contributions to the field of parks and recreation.”  Dr. Kozlowski has also received the 2007 Distinguished Professional Award from the National Recreation and Park Association (NRPA) which is presented to “those in the parks and recreation field who, through inspiration, incentive, and demonstrated leadership, have made noteworthy contributions over time to the recreation, park, and conservation movement.”  In 1985, Kozlowski received the National Literary Award from NRPA which is presented to “a writer or publisher who has made a significant contribution to the understanding of new innovations or refined philosophic thoughts and tenets, trends, or research in parks, recreation, and conservation.”

For a complete list of my Publications, please go to http://cehdclass.gmu.edu/jkozlows/lawarts/artlist.htm