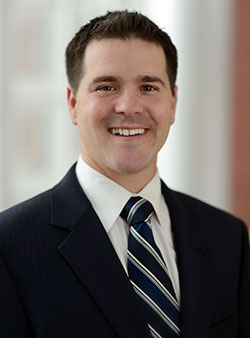 A team led by George Mason University researchers says not enough is being done uniformly across the United States to ensure the safety of children when it comes to detecting cardiac and other health conditions through sports physicals.

Shane Caswell of the College of Education and Human Development’s School of Recreation, Health and Tourism co-authored the study with a team that included three other Mason faculty members and a graduate student. “State-Specific Differences in School Sports Preparticipation Physical Evaluation (PPE) Policies” appears in the January 2015 issue of Pediatrics, the official journal of the American Academy of Pediatrics.

It examined current policies in 50 states and in Washington, D.C., and found the requirements for their use and the content of the evaluations vary and are determined individually by each state.

“No one had studied enough until now whether best practices are being used uniformly across the country,” the professor says. “The pre-participation physical evaluation plays an important role in ensuring safe participation in sport. Our findings demonstrate that many states have been slow to adopt best practices and further reiterates a need for nationwide PPE standardization.”

Caswell says ultimately, the findings serve as reminder that the implementation of best practices is an on-going process, not a singular event.

“Healthcare providers and policy makers must have an understanding of the best available evidence and work collaboratively to see it’s properly implemented, rigorously evaluated and improved upon in a timely fashion,” Caswell says. 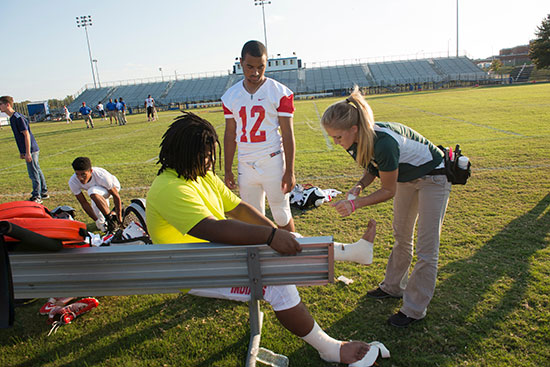 Mary Chabolla was a master’s student in exercise, fitness, and health promotion when she worked on the research team with Shane Caswell. Photo by Evan Cantwell.

The study found that while 98 percent of states require a physical exam before sports participation, 53 percent of the states use outdated or generic forms. Newer or more specific forms include questions on the athlete’s family and cardiac history.

Including these components in addition to a physical exam can help increase detection of rare cardiac abnormalities that can lead to sudden death in athletes.

“You wouldn’t go to an eye doctor to have him or her listen to your heart,” says Caswell. “We need people with appropriate training assessing the cardiovascular system for the PPEs.”

To ensure comprehensive and consistent screenings, the authors conclude that there is a need for a nationwide standardized PPE form, preferably in an electronic format.

“Sudden cardiac death is the leading cause of death in young athletes during sports,” says Caswell, executive director of Sports Medicine Assessment, Research and Testing (SMART) Laboratory at Mason’s Science and Technology Campus.

“That’s why it’s especially important for athletes to undergo a comprehensive PPE for heart conditions and health risks that may place participants at higher risk of injury, illness and or life-threatening conditions.

The study was funded in part by a grant from the Potomac Health Foundation.

Caswell was joined in the research by Mason professors Nelson Cortes, Amanda Caswell and Jatin Ambegaonkar;  Joel Brenner, M.D., of the Children’s Hospital of The King’s Daughters and Eastern Virginia Medical School in Norfolk, Va.; and then-Mason graduate student Mary Chabolla, who earned her bachelor’s and master’s degrees from Mason and joined the Prince William County, Va. public school system as a high school athletic trainer in September 2014.

Chabolla says it feels amazing to know she participated in research that may impact millions of young lives.

“I joined this field because I love science, medicine and sports,” says Chabolla. “What better way to combine all three things?”

Next, the researchers hope to take a closer look at physical exams for athletes in private schools and recreational leagues.

“It’s very important to ensure the health and safety of young people in sport,” says Caswell, himself a former collegiate and high school athlete who was motivated by his own injuries on the field to research sports medicine. “PPE information needs to be collected in a standardized manner. It could save lives.”