Counseling Students Work Together to Build a Library

“It’s just assumed that a school has a library,” says Jennifer Starr, a graduate student in the Counseling and Development program at Mason.

Last semester, Starr worked at Montrose. “There was no access to books for these kids in any form,” she says. “They didn’t have any type of library.”

She decided to change that, beginning by reaching out to the community for book donations. She looked at yard sale sites and got in touch with local churches, which responded enthusiastically. The topic also came up in her practicum at Mason—and a fellow student became determined to help.

Louise Robinson was working at Cooper Middle School in McLean. When she heard about Starr’s plan to provide a safe, book-filled space for her students, she thought it would be a great opportunity for the students at her school who generally were in a higher socioeconomic bracket than their counterparts in Fairfax. Robinson figured that this could be a valuable learning experience.

“For kids to learn about equity issues, it would be a great opportunity to introduce them to this idea that there are kids who have needs, and they, as middle schoolers, have the power to help,” Robinson says.

The Cooper Middle School students seemed to realize the opportunity they had. Robinson set up a school-wide book drive. When Starr came to pick up the donated books, she could barely fit them in her car.

Overall, Cooper Middle School donated 850 books to the nascent library at Montrose. It was a huge portion of the approximately 1,100 total books that got the Montrose library up and running.

For Starr, the collaboration between her and Robinson had an important impact beyond just the books.

“Within Mason’s Counseling program, there’s a lot of emphasis on social justice issues,” Starr says. “I think this is a prime example of seeing a need through a social justice lens and working together, collaborating with people in the community and addressing this social justice need.”

“I think it’s going to be a huge benefit to these kids,” Starr continues. “Seeing their excitement for helping in the library and using it—particularly for the students there as a safe space as well as a learning space—I think it’ll be really cool to see the impact that it will have over time.” 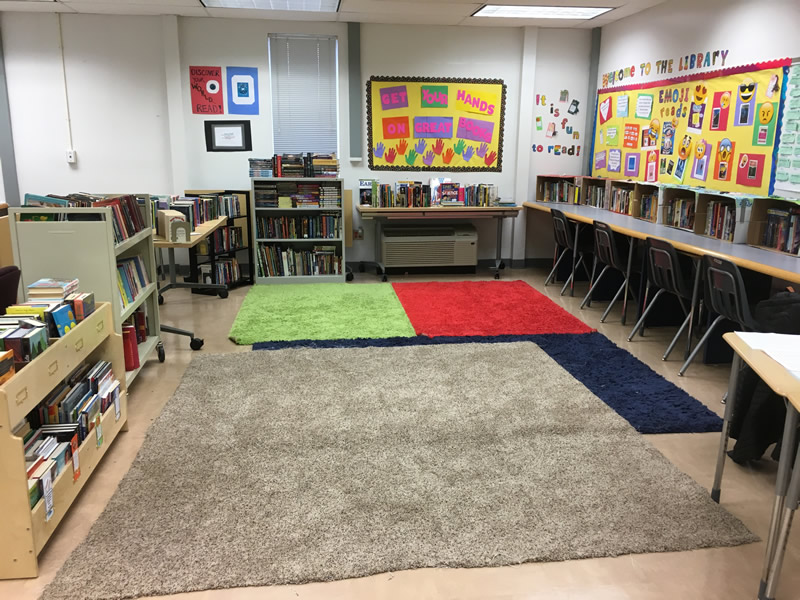