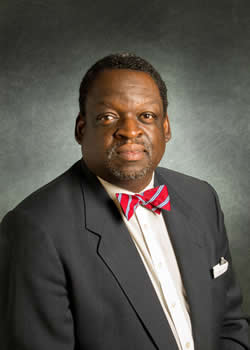 For the past 25 years, Gregory Baldwin has seen his work in https://www.acps.k12.va.us/ Alexandria City Public Schools (ACPS) as a calling—and an opportunity to pay it forward to his students.

The city of Alexandria recently recognized Baldwin’s passion with its second annual Champions of Children Award, which he received in June.

Baldwin, himself a product of ACPS, is currently the School Climate and Culture Specialist for the district. Holding several leadership positions in over a quarter-century of service, he says he’s had one main goal: “I just want to give back.”

For the first 11 years of Baldwin’s career at ACPS, he was a history and social studies teacher for the district’s alternative education program. He worked to build relationships with his students but knew that he needed more education to provide them with everything they needed.

“I was a history teacher,” he says. “I loved teaching, I loved students, but I didn’t have the training that I needed to meet the needs of all of these students.”

At Mason, he became knowledgeable in special education law and practice. When the dean of students position opened up at T.C. Williams High School, he was able to set himself apart and was selected for the role.

Today, as School Climate and Culture Specialist, Baldwin works with administrators throughout the district to “grow positive learning environments and school culture.” He does this by implementing restorative practice frameworks—disciplinary techniques that focus on repairing relationships instead of reacting punitively. With these frameworks in place, students can recognize that they are part of something bigger than themselves, Baldwin says.

It fits neatly with Baldwin’s guiding philosophy: “Students don’t care how much you know until they know how much you care.”

For Baldwin, caring for students isn’t something that’s just limited to his day-to-day K-12 experience. He’s helped various students with their college search, often pointing them toward degrees at Mason, and served as the district-wide coordinator for Mason’s Early Identification Program. This program provides college-bound students who would be the first in their families to receive a degree access to educational resources.

Many of Baldwin’s students have graduated from Mason. Some have gone on to pursue further degrees.

“Once a patron, always a patron,” Baldwin says.