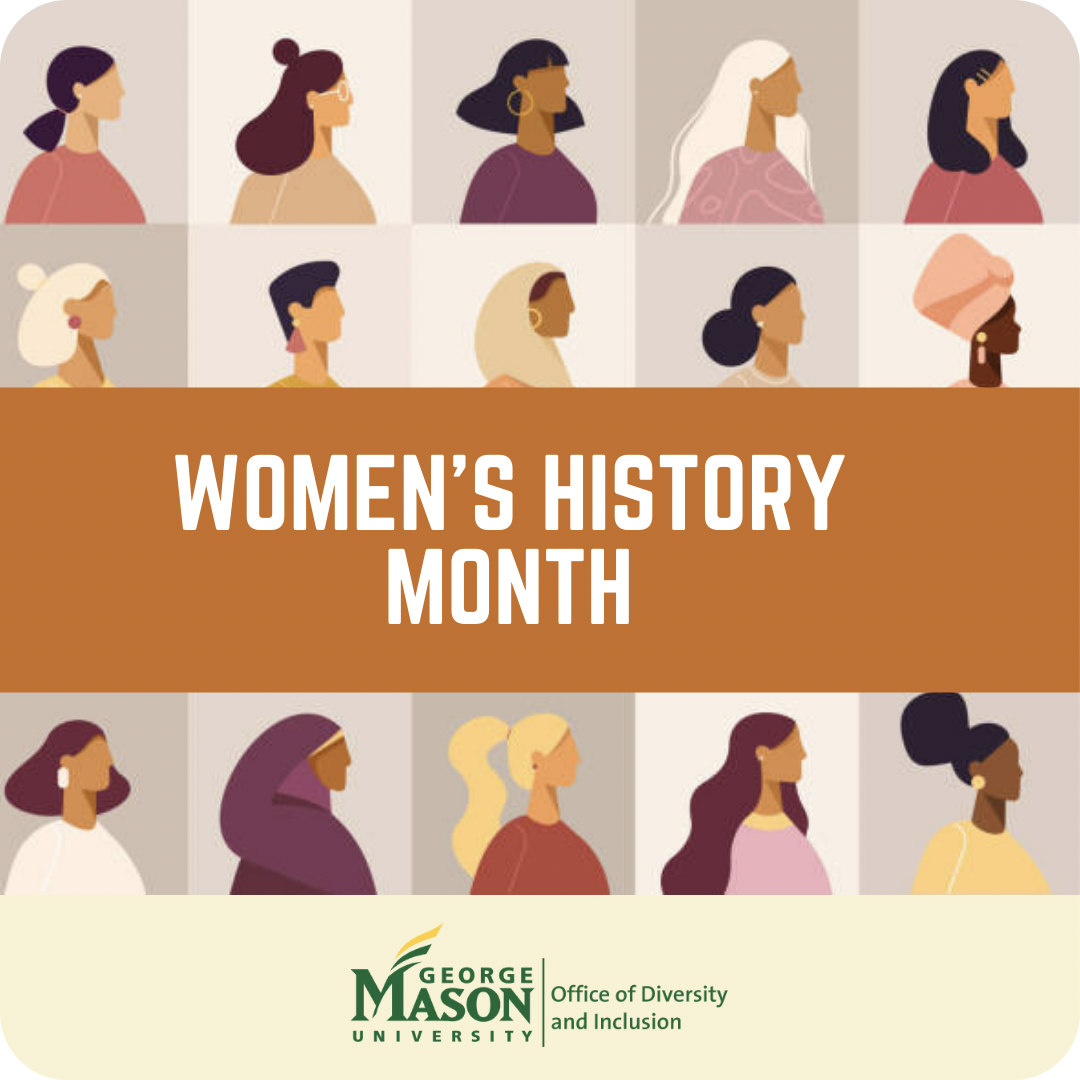 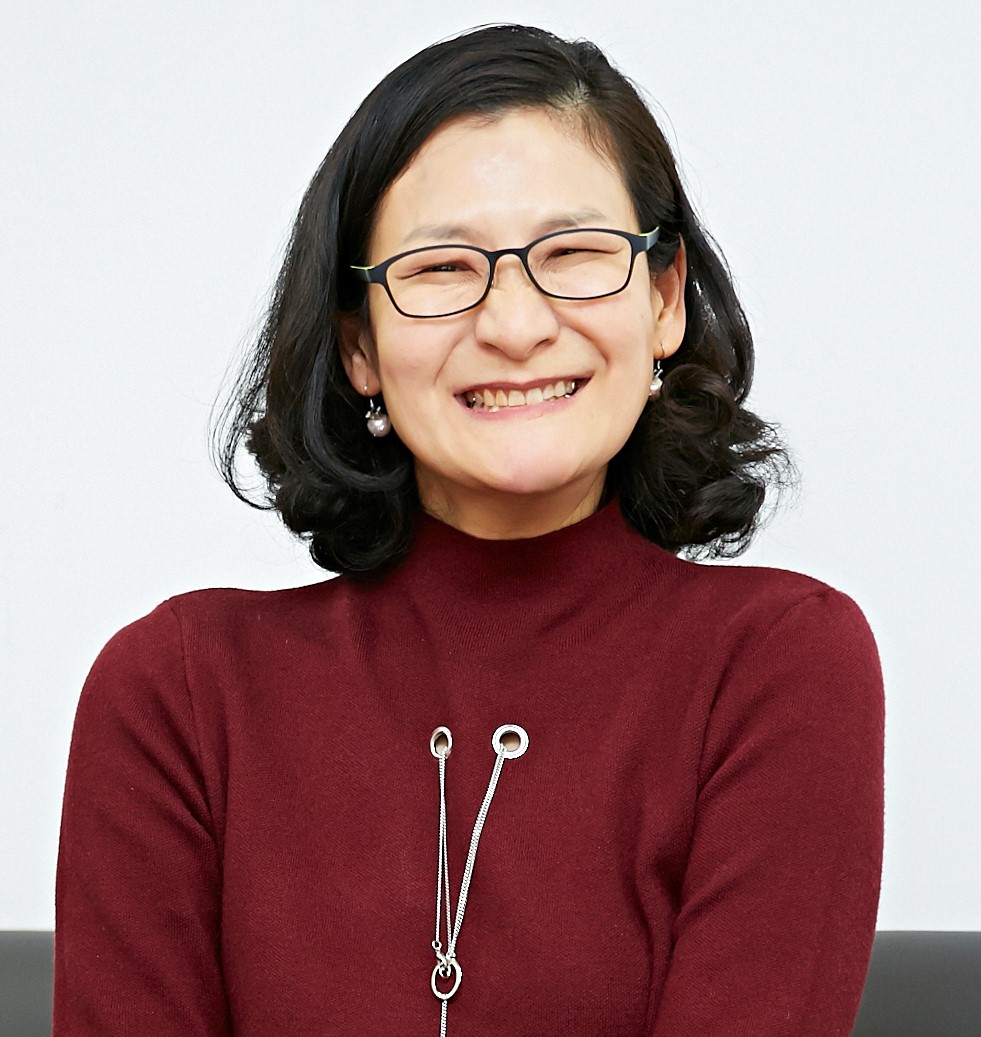 Associate Professor. Past President. Award Recipient. Wife. Mother. Advocate. Voice. Dr. Yoosun Chung has many titles, and she wears them all with grace. In recognition of Women’s History Month 2022, the Office of Diversity and Inclusion spotlights Dr. Chung, Associate Professor in the Assistive Technology Program in the Division of Special Education and disAbility Research.

Dr. Chung was born and raised in South Korea. She came to the United States to further her studies after graduating from high school. Although she identifies with her Asian heritage and culture, the focus of our conversation was on her membership in another unique culture: people with disAbilities. She said that she can say without hesitation that she has everything: lovely people surrounding her, a Ph.D., a professional job, and even a disAbility. Dr. Chung has cerebral palsy, which affects her speech and mobility. She uses augmentative and alternative communication (AAC) to communicate. Initially, she was concerned that use of an AAC might make her less and less brave to speak using her own voice. In actuality, she found that using an AAC “upgraded” her life. She teaches Mason students, participates in meeting discussions, and gives presentations at national conferences. She is also the Past President of the United States Society for Augmentative and Alternative Communication (USSAAC), having served as the President from January 2020 to December 2021. As an AAC user and a board member of USSAAC, she has been working diligently to celebrate World AAC Awareness Month every October by creating and distributing AAC Awareness buttons, an AAC Fact Sheet, and why AAC is important videos, etc. to raise awareness of AAC and to inform the public about the many different ways in which people communicate using AAC.

Despite Dr. Chung’s earlier concern for becoming increasingly unwilling to use her own voice, she uses her unique voice quite frequently to encourage and advocate for others. She often shares her personal story with students, many of whom are special education teachers. As a result, her students are able to envision “a bright future of their own students with disAbilities, students who are people of color, etc.” As a valued faculty member in Assistive Technology, some of her students are parents who have children with disAbilities, and they are able to see her as a person who utilizes assistive technology with success. In turn, they are able to encourage their own children or clients by sharing her story.

The advice she would give to her younger self is that disAbilities are not inabilities. “You should have self-confidence and not allow yourself to be judged. You are unique and special.” Her advice likely stems from the endless love and support she received from her parents. She shared that traditionally, some Koreans looked at people with disabilities strangely or negatively. The perspective has changed greatly over the years. However, when she was younger, parents of children with disAbilities used to hide their children from the public. Her parents adopted a different attitude. They took her everywhere and instilled in her that if she studied hard, she could do anything and no one would look down on her.

Dr. Chung admitted that she had her internalized ableism, but when she broke into her internalized ableism herself, her determination resulted in great accomplishments personally and professionally. She has received Teaching Excellence Awards from Mason twice, in 2012 and 2020. She’s also published two autobiographical books in the Korean language. She would love for her colleagues to be able to read these books someday, but when asked when she might translate them to English, her answer is always when she has free time. Then, she laughs at the realization that her answer likely means never.

Dr. Chung initially did not know March is recognized as Women’s History Month, but she did share that March is National Cerebral Palsy Awareness Month as well as National DisAbilities Awareness Month. She shared, “Historically in Korea, women did not have the same rights as men, or at least not to the same extent. In fact, there is a saying in Korea that, ‘Men are the sky and Women are the ground.’ A terrible mindset and very unfair thoughts, right? I think that people often accept traditional unfair ideas as the norm.” She believes that as “social animals,” we are able to get along with people who are different from us in many ways, such as gender, ethnicity, appearance, characteristics, occupations, but we also have the potential to cause inequity, unfairness, and cruelty by not thinking about what others may think or need.

Dr. Chung believes that purposely recognizing and celebrating a specific population and/or matter is a great way to make our society more equal, fair, and safe. In that sense, interviewing different women of diverse backgrounds to remind people of social fairness and equity is a great way to celebrate Women’s History Month. “Hearing firsthand voices is critical to recognizing our society’s issues. We need to keep speaking up to fight over things that need to be fixed. We know that things won’t be fixed right away. However, if you keep fighting over and going on, our next generation who are in your shoes would be able to live in a much better place. We live in a better place than in the past because our previous generation has worked so hard to make things better. So, remember! Please do not be afraid to speak up and take an action!”

In her free time, Dr. Chung loves to eat out and try new restaurants. She’s also an avid traveler, and she has played the piano since she was a child. Her mother thought playing the piano would strengthen her fingers. She often fell as a child, and her mother did not hesitate holding her hands and walking her to the piano learning center. Another interesting fact about Dr. Chung is related to her family. She is married, and she and her husband have a son and a daughter, both students at Boston University. Her daughter is a sophomore majoring in film. She has her mother saved in her cell phone as “Professor Chung,” to honor the tremendous amount of time Dr. Chung puts in to prepare for each class and to show pride for how much students are learning in her classes. Her son is a graduate student, studying music theory. He studied math for his bachelor’s degree, but started his new academic journey as he has had great passion for music since he was young. Dr. Chung loves being able to visit them both at the same university.

Some people may still have the notion that there aren’t many things that people with disAbilities can do. Dr. Chung will continue working to disavow that notion. She wants people with disAbilities to be treated equally by society. She believes that her role in “disAbility culture will be endless.” While she does her best to fulfill her dreams, she continues to promote the benefits of AAC, so others may fulfill their dreams also. Thank you, Dr. Chung. We can all learn a lesson from you about being better advocates and going after our own dreams as well.

I had the pleasure of interviewing Dr. Francis (affectionally known as Frankie) for Women’s History Month. This interview felt different, as we have a shared experience that felt palpable during the interview…we are surviving siblings, having both lost a brother, enriched the interview in such a meaningful way. Frankie’s story is a powerful example of the intersection of identities and the saliency of some identities that we carry more than others. Her story provides a glimpse into the life of a faculty member before the accolades and the degrees; those critical incidents that led her to where she is today, a tenured Associate professor, an FAAIDD fellow and multi academic award winner.

Frankie grew up in the Midwest, raised in community by individuals who were fiercely loyal, collectivist in nature, the “bikers” who took care of their own. Frankie attended 13 schools over the course of 12 years as a result of poverty. The constant moving, food and housing insecurity, a family’s desire to “live a little bit better”; coupled with the barriers placed before her brother influenced her work in special education. She spoke fondly of her brother, remembering him as a gentle soul with a heart of gold, “hilarious, handsome and the life of the party.” She shared the obstacles her brother faced, “my brother has passed away but had multiple significant disabilities, not in the way that you would typically think of a person with a disability. He was also a functional reader, couldn't necessarily complete a job interview, very severe mental health which ultimately resulted in his passing.”

When Frankie thinks of culture, she thinks of disability, biker culture and blended families.

She also offers insight into a salient cultural identity that is often overlooked…poverty,

“You don't know you're poor until you start getting made fun of or till you realize, you're in a separate line because you're in the free lunch line and if you were rich, you brought your lunch. So, you started noticing class which also inspired me wanting to break those systems because it's hurtful to kids. But also, in terms of dominant culture I could fly by in school.

No one notices if I’m in a Euro-American dominant culture, I can pass anywhere pretty much. And that's huge, you don't realize it till you're in a situation where you need to pass or you see such a horrible injustice or someone treated different.”

Frankie’s lived experience of poverty in the Midwest manifested an empathetic person who has managed to hold both her privileged and marginalized identities with a level awareness that will benefit others around her. Frankie’s empathy is reflected in her hopes,

“I want kids and their families to feel safe and to feel loved. However, I need to make that apparent to them and families. So, reaching out to those families if school can't be safe for you, I want to be safe for you and then going to get a PhD, how can I make this bigger, why do we have two lines for the kids who can pay for their lunch and the kids who can’t. It hurts, it was embarrassing.”

When considering what she would tell her younger self, Frankie captured so much of what she has overcome from childhood,

“I would say, pay attention, I wouldn't change that, where do you feel safe, where do you not feel safe, I did it inherently as a child, which all children do. I would tell myself keep doing that you're learning a lot. I wish I would have reached out to a school counselor or to a social worker and said I don't know how to help my brother. I didn't know that you could do that, I didn't know that those resources were available because again I flew right under and with my brother, they just moved him on… …they were going to give [my mom] a bunch of procedural safeguards she literally cannot read. So, I'm glad I observed all of that, but that is when definitely I would have told my younger self ask for help. You don't have to carry all of this.”

In sum she offers the following advice, encouraging students to find a sense of community, even if it’s just one person but that it’s critical to their success and encourages faculty to be the person who changes someone’s life.

Frankie offers a powerful narrative of one who has overcome and values being seen with dignity and not pity. Frankie’s evolution to whom she is today is a testament of community, influence and one person’s decision to create change in the places they most needed themselves as a child.