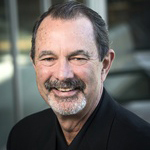 Professor Esherick was a scholarship basketball player at Georgetown University while earning an undergraduate Finance degree. He attended the Georgetown University Law Center and also was a graduate assistant basketball coach for two of those years. After graduating from law school and passing the DC Bar, Professor Esherick became a full-time assistant coach at Georgetown for the men’s basketball team. His tenure as an assistant lasted 17 and a half years and included a stint as the assistant basketball coach for the USA Olympic team that won a bronze medal in the 1988 Seoul Olympics. He became the head basketball coach in 1999 at Georgetown University and held that position long enough to win 103 games. He worked briefly for AOL’s new online radio venture from 2004 until 2005, where he commented on-air about college basketball news and wrote articles for the AOL Sports website. Professor Esherick took a job with a startup television network in New York in May of 2005; that network, CSTV, has now become CBS College Sports. Esherick came to Mason from NYU, where he taught in their Graduate Sports Management program for two years.

Washington Post story about Professor Esherick, check it out here.

Esherick has had several encyclopedia entries, book reviews, journal articles and a chapter published in eight different works; History of Sport Encyclopedia, Sports Management and Marketing Encyclopedia, Journal of Issues in Intercollegiate Athletics, History and Sport, Journal of Sport for Development, International Journal in Sport Management and Marketing, Leadership in Sport and Cultures of Peace (Sports Based Peace Initiatives). Esherick serves on several Arlington and Fairfax County boards and committees. He  worked with the US Department of State on a multi-million dollar sports visitor’s cooperative grant that spanned seven years and brought 90 groups to Mason and the US from all over the world.  He also provides expert commentary for news outlets, television and radio during college basketball season, primarily for MidAtlantic Sports Network (MASN) and the Patriot League network.