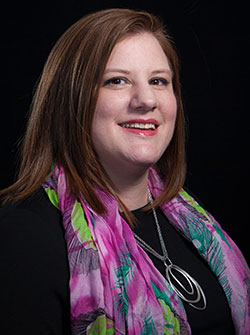 Congratulations to Tara Fitzpatrick-Navarro, the 2015 recipient of the Distinguished Alumni Award from the College of Education and Human Development at George Mason University.

Fitzpatrick-Navarro accepted her award at the Celebration of Distinction on April 23, 2015, the annual awards banquet hosted by the university's alumni association.

Also honored at the event was Dayton Moore, a previous Distinguished Alumni Award recipient who this year was named the Alumnus of the Year by the university. Moore is the general manager of the Kansas City Royals baseball team that went to the World Series last year.

Honored at the event for her leadership achievements, Fitzpatrick-Navarro was recently named executive director of the United States Tennis Association Mid-Atlantic Section. The USTA/MAS has been a part of America's official governing body for tennis since 1923, and serves more than 40,000 members in Virginia, Maryland, Washington, D.C., and West Virginia.

"For me, George Mason was an academic environment that really fostered independent thought and flexibility and diversity of thought," says Fitzpatrick-Navarro. "While there was a great grounding and foundational program, there was so much more that the professors really helped pull out of all of the students through the experiences that they provided us." 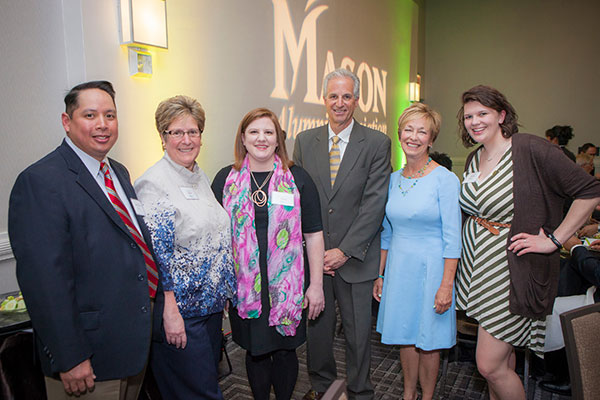 She is a steadfast supporter of the recreation management program at Mason, providing industry insights regarding the curriculum as well as mentoring interns and hiring students upon graduation.

"At its core, George Mason is an academic institution," says Fitzpatrick-Navarro. "But it’s an academic institution that not only teaches through the classroom through traditional means, but also has the kind of flexible approach to learning through experiences and connections within the community that allows students to gain a much richer and broader perspective that ultimately helps prepares them for success in the workplace."

Prior to her current position, Fitzpatrick-Navarro served in increasingly prominent leadership positions at the National Recreation and Park Association, most recently as vice president of membership, research, and professional development. Her passion for the recreation industry and deep ties to the region is a running thread in Fitzpatrick-Navarro’s career, which has included management positions in Fairfax County, Virginia government and at Splash Aquatic Management.

Fitzpatrick-Navarro is both a Certified Association Executive and a Certified Park and Recreation Professional.

Previous recipients of the CEHD Distinguished Alumni Award include: