Peters-Burton, the Donna R. and David E. Sterling Endowed Professor in Science Education in George Mason University’s College of Education and Human Development (CEHD), will serve as a featured speaker during a weeklong lecture series at the University of Oxford. The lectureship was originally scheduled for this year but was postponed due to the pandemic and is tentatively set for November 2021.

“I’m absolutely thrilled,” said Peters-Burton, who is also the director of the Center for Social Equity through Science Education at CEHD. “This is such a wonderful opportunity. I’m really honored and thrilled I get the opportunity to work with scholars at Oxford. This is just a dream come true.” 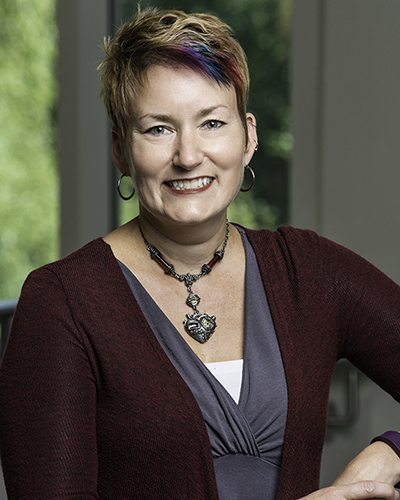 At the center of her weeklong lectures will be a presentation on the theoretical and empirical potential of epistemic network analysis to the University of Oxford’s Department of Education. Epistemic network analysis, a relatively new methodology, identifies and quantifies connections in data and creates visual representations of these connections (network models). It visualizes connections among the features of a phenomenon and quantitatively describes the structure of the connections. A researcher can then identify hierarchies, clusters, and migration of elements in a phenomenon.

In addition to her keynote presentation, Peters-Burton will speak to the Department of Social Policy and Intervention about broadening participation in STEM education. She will provide lessons learned from educational research of STEM secondary and primary schools in a lecture to students at St. Cross College, an all-graduate student college within the University of Oxford.

“I am delighted that Professor Erin Peters-Burton has been awarded the prestigious Astor Lectureship,” University of Oxford Professor Sibel Erduran said. “We are looking forward to her lectures to be delivered at the Department of Education, St Cross College, and the Department of Social Policy and Intervention.”

She will also conduct seminars for doctoral students, pre-service and in-service teachers, and faculty at the University of Oxford. She will be hosted by Erduran, with whom Peters-Burton is currently collaborating on research focusing on the use of epistemic network analysis to investigate science teachers’ and students’ perceptions of the nature of science.

In 2006, prior to her time at Mason, Peters-Burton was selected as an Albert Einstein Distinguished Educator Fellow for NASA where she advised the agency in their development of curriculum for teachers across the United States. Her work at NASA led her to be chosen as a member of the committee developing the first K-12 National Engineering Standards.

Having spent more than 16 years as a science teacher at public schools in Arlington and Chicago, she is passionate about classroom research surrounding developing student scientific epistemologies and computational thinking. She continues to develop research projects that investigate ways that students, particularly those underrepresented in STEM fields, and teachers can use self-regulation strategies to learn scientific knowledge and to think like scientists and engineers.

With her background as a teacher and scholar, she describes herself as a specialist in STEM education “through an educational psychology lens.”

“Within educational psychology I’m always interested in how you measure things accurately,” Peters-Burton said. “The reason I got involved in epistemic network analysis is that prior measures in the field of nature of science, which is epistemic understandings of science, have been really limited and not connected. What I wanted to do is see connections between these ideas and not just the ideas themselves.”