Community-dwelling older adults who participate in dance, music, and social conversation programs tend to age more successfully and likely benefit from the positive influence these activities have on their mental and physical health. This was the conclusion of a study conducted collaboratively by faculty and researchers from Mason’s College of Education and Human Development, the College of Visual and Performing Arts, and the newly named College of Public Health (formerly the College of Health and Human Services). Among the authors of the study are Dr. Jatin Ambegaonkar, Professor in Mason’s School of Kinesiology. The scholarship generated from this study is an example of how Mason engages with the local community in conducting research that leads to improvements in the well-being and quality of life of its residents. 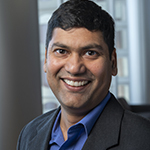 Titled “Dance, Music, and Social Conversation Program Participation Positively Affects Physical and Mental Health in Community-Dwelling Older Adults: A Randomized Controlled Trial,” the study was funded by the National Endowment for the Arts. It appeared in the Journal of Dance Medicine & Science on September 15, 2022.

In the trial, 64 adults over the age of 65 took part in community-engaged arts programs including ballroom dance, ukulele-playing, or social conversation two times per week for a period of ten weeks. The physical and mental health of the participants were tested using the Short Physical Performance Battery (SPPB) and the Montreal Cognitive Assessment (MoCA) at three specific intervals during the study that included times both pre- and post-trial. The post-trial results indicated improved physical and mental scores of the participants when compared with the measurements taken prior to the start of the study. 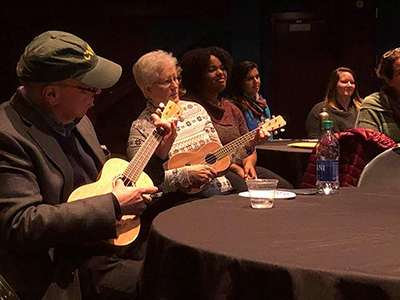 The researchers also conducted focus group interviews and surveys to gauge the perceptions of the individuals who participated in the study. The volunteers in the study consistently mentioned increased social engagement as the major reason for their participation.

The study findings suggest that taking part in community-engaged arts such as dance and music and social conversation programs positively influence physical and mental health in older adults. A brief summary and abstract of the study are available on the NIH National Library of Medicine National Center for Biotechnology Information website.