An article on NFL.com today and many other news outlets highlights the exciting work of George Mason professors Shane Caswell and Chip Petricoin in searching for concussion bio-markers in saliva.

Athletic trainers collect the players' saliva samples and send them to Dr. Shane Caswell, a George Mason (University) professor and pioneer of the world's first salivary biobank designed for concussion research in athletes. Caswell stores the saliva in a freezer he dubs the "spit repository," from which he eventually extracts the samples and runs them through sophisticated machinery to determine changes in protein variance that no other technique has been able to identify. Comparing each kid's spit samples to previous submissions, he hopes to uncover a handful of proteins that can detect concussions. 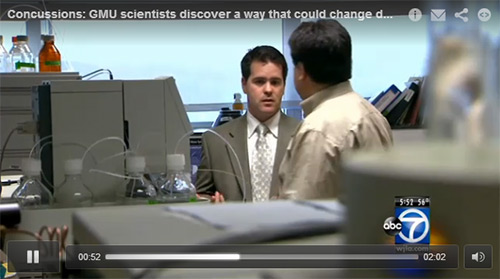 The story was originally reported in the Fairfax Times by Nick Eilerson and on Mason News.