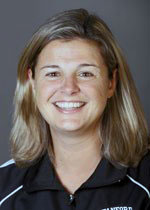 Bokker’s mother, Stephanie Umbach, accepted the award on behalf of her daughter at the Celebration of Distinction awards ceremony on April 17, 2013, hosted by the George Mason University's Alumni Association.

Amy Umbach Bokker, who graduated from Mason in 2008 with a master of science in exercise, fitness, and health promotion, was head coach of George Mason’s women’s lacrosse team for 11 seasons beginning in 1998, and left as the winningest coach in the program’s history.

Bokker is described as a passionate and proactive leader who instructs, motivates, and fosters the academic progress, sportsmanship, and personal development of student athletes.

When asked about her experience at Mason, Bokker said that she attributes her collegiate and international coaching success to Mason’s learning environment, which gave her the leadership skills and confidence to succeed in the highly competitive fields of college athletics and international lacrosse. “My experience at Mason was so special,” she said. “I still have very close relationships with many of my professors from graduate school.”

Bokker served as assistant coach for the bronze medal Canadian National Team in the 2009 FIL World Cup and has been named an assistant coach for the United States Elite National Team that will compete in the 2013 FIL World Cup. She is a recent recipient of the prestigious Diana Geppi-Aikens Award from the Intercollegiate Women’s Lacrosse Coaches Association that recognizes lifetime achievement within the profession. Bokker is also the owner of Change Your Level Lacrosse, Inc. 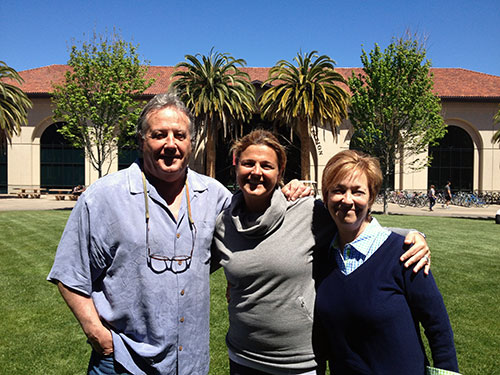