In the past decade, the idea of adaptive teaching — how teachers individualize and personalize instruction — has ruled the teaching landscape.

But it is not a new concept. In fact, it stretches back to at least the 1970s — under different names. 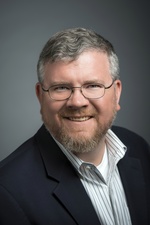 A paper, “Teachers’ Instructional Adaptations: A Research Synthesis,” the seed of which was planted among a group of Mason doctoral students in the mid-2000s, explores the many different names of adaptive teaching over time and why those names might have taken hold in their respective time periods. The paper was recently awarded the Review of Research Award from the American Educational Research Association.

Receiving the award was “really quite shocking,” said Seth Parsons, an associate professor at CEHD and a co-writer of the paper who noted that the Review of Educational Research has the highest impact factor in the field.

Though the team members have moved around the country since the project began, they all started more than a decade ago as a cohort of doctoral students who were studying various niches within adaptive teaching.

Melissa Gallagher, for instance, is focused on math education, and was able to bring that expertise to the group. She joined the team as a doctoral student, receiving her PhD with a specialization in teaching and teacher education from Mason in 2016, and has since moved to the University of Louisiana at Lafayette as an assistant professor.

“I think we learned from all the excellent qualitative research what adaptive teaching can really look like, which can now be used to create quantitative ways to study adaptive teaching on a larger scale,” Gallagher said.

The team for this project began forming in 2015 with the goal of creating a comprehensive review of the many synonyms of adaptive teaching — as well as determining why those terms were popular in different time periods.

The team’s 22 search terms included “teachable moment,” “dialogical teaching,” “adaptive metacognition,” “scaffolding,” and “improvisation.” In the ‘70s and ‘80s, the team found “decision-making” as a dominant term. In the ‘80s, the predominant terms became “reflective teaching” and “scaffolding,” which demonstrated a shift away from the cognitive to the socio-cultural. In the early 2000s, “adaptive teaching” emerged.

The review helped the researchers see how the field of thought has changed over the past few decades.

“We were able to craft and discover a model of adaptive teaching where we saw different aspects highlighted in the various studies,” Parsons said.

For instance, Parsons and the team were able to determine patterns in how and why teachers adapted. It turned out that, while teacher factors were important (and adaptive teachers all had deep knowledge of pedagogy and their students), definitions of all the various terms included a student antecedent, meaning that students spurred their teachers’ adaptations. And the fact that student antecedents were present in all definitions contextualizes the definitions of adaptations themselves.

Though the paper has been published and won the award, the work is just beginning, Parsons says.

"We've got this lay of the land," he said. "What next? What is missing from this body of research?”

The ultimate goal, he said, is to answer a basic question: does teacher adaptability impact student learning? Of course, many people say that responsive, adaptive teachers get the best results.

But, according to Parsons: “We don’t have those data.”

There isn’t empirical evidence that adaptive teaching works best. Through future research, he hopes to find out if that’s the case.