Alumnus Hailed for Compassion on the Job

Dan Hicks, a CEHD alumnus and North Carolina police officer, saved a suicidal man with words of understanding and a hug, in a compassionate act captured on video.

The story in the New York Daily News and several other media outlets recounts how Hicks made a "compassionate statement" that caused the man to change his mind. The interaction was recorded on surveillance footage.

Hicks is a 2005 graduate of the Sport Management program in the School of Recreation, Health, and Tourism, part of the College of Education and Human Development (CEHD) at George Mason University.

His actions make us Proud Patriots! 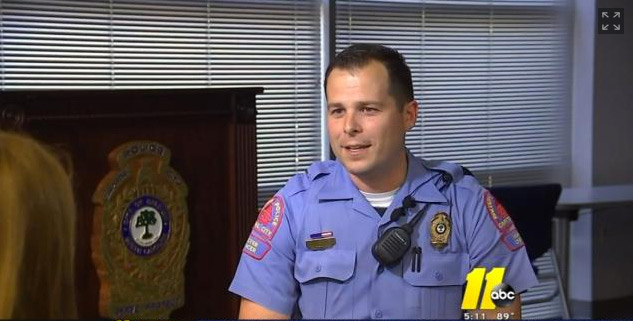