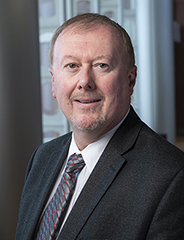 Dr. Robert E. Baker became the interim dean of the College of Education and Human Development in April 2020. He first joined George Mason University in 2005 as an associate professor and program coordinator for sport management. He most recently served as professor and director of the School of Sport Recreation and Tourism Management and the Center for Sport Management within the College of Education and Human Development. He was a member of the college’s Executive Team and Leadership Team. Prior to his arrival at Mason, he served as chair of the Department of Sport Sciences at Ashland University. He has had abundant school-based experience in Virginia and Pennsylvania as a teacher, coach, and administrator. He also served in intercollegiate athletic administrative positions in Pennsylvania, Virginia, and Ohio.

Dr. Baker’s research has focused on sport for development and peace, sport analytics, professional preparation in sport management, and sport leadership and coaching. In addition to dozens of books, book chapters and refereed articles, and an array of national and international presentations, Dr. Baker has served as the principal investigator on over seven million dollars in grants. While at Mason, he was principle investigator of the Sport Diplomacy Initiative, a cooperative agreement with the U.S. Department of State that employed sport as a vehicle to promote intercultural understanding. Over 1200 participants from 81 countries participated in the sport-based experiences, breaking down barriers, enhancing intergroup understanding, and yielding a greater awareness of the impact of sport in development and diplomatic processes. 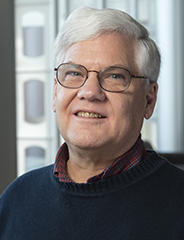 Dr. Martin Ford is a motivation scholar with 30 years of experience in research, theory development, research training, and higher education administration. His research focuses on motivation and competence development across the life span, with a special focus on adolescents and young adults. He is the creator of Motivational Systems Theory (MST) and co-creator of the Thriving with Social Purpose framework (with Peyton Smith) that links MST concepts and principles with optimal functioning. Dr. Ford has also developed assessment tools designed to help people identify their core personal goals and potential obstacles to the pursuit of those goals, including the Assessment of Personal Goals (APG; with C.W. Nichols), the Assessment of Personal Agency Belief Patterns (APP), and the APG Personal Application Guide (with Peyton Smith; see www.implicitself.com). Dr. Ford is also co-editor with his father, Donald Ford, of a volume designed to illustrate the utility of a living systems approach for human development researchers and professionals (Humans as self-constructing living systems: Putting the framework to work, Erlbaum, 1987).

Dr. Ford received his bachelor's degree from Penn State's College of Human Development in 1975, and his doctorate in child psychology from the University of Minnesota in 1980. Subsequently he served for 13 years as a faculty member, department chair, and associate dean at Stanford University, where he received two major awards from the American Psychological Association: the Division 15 Early Contribution Award (1983) and Division 7's McCandless Young Scientist Award (1987). In 1993 he moved to George Mason University, where he applies motivational principles on a daily basis in his role as Senior Associate Dean of the College of Education and Human Development. Martin also served as Acting Dean of the College on two occasions (2000-2001 and 2009-2010), and in 2007 received the David W. Rossell Quill Award for leadership on initiatives resulting in advancement of the university's mission.

He is married to Sheri Ford. They have two grown children, Jason and Kevin. 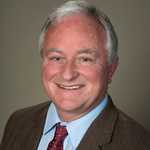 Eamonn Kelly was born in Galway City, Ireland. He earned a bachelors degree at St. Patricks College, Dublin, and earned three Masters degrees at California State University at Chico. He earned a Ph.D. at Stanford University in psychological studies in education and took a position at Rutgers University in New Jersey. After promotion to associate professor at Rutgers, he was a visiting scholar at UC Davis, and served at the National Science Foundation (1997-2000; 2006-2007). He is professor of educational psychology at George Mason University.

Dr. Kelly is interested in the intersection of the creative space of innovative practices and where it meets the pruning function of research methods (i.e., design-based research). He is an active funded researcher, and was a Fulbright New Century Scholar (2009-2010) under the theme: "The university as an innovation driver and knowledge center for society." He also works to promote research intersecting mathematics cognition and cognitive neuroscience. His NSF SciSIP award (2009) explores the American Recovery and Reinvestment Act (ARRA) spending in education [Race to the Top]. His other NSF awards are on the learning needs of megacities [National Science Foundation (# 0904173] and learning and assessment in cyberinfrastructure [National Science Foundation (# 0816216 ]. He received an NSF award in 2010 to study the implementation of the US Department of Education High School Longitudinal Study. (#1104899), an NSF award in 2012: “Advancing an Online Project in the Assessment and Effective Teaching of Calculus" with co-PI Seppala in 2013. He received an NSF award: “BCC: Organizing Multi-disciplinary Communities to Conduct Data-intensive Research on Education and Learning.” He received an award in 2014 from NSF on: “Human subjects’ protections in the digital age.” He is currently acting Deputy Assistant Director and Senior Adviser at the National Science Foundation in the Education and Human Resources directorate. 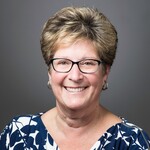 Dr. Ellen Rodgers is the associate dean for teaching and academic affairs in the College of Education and Human Development. She received her bachelor's degree in mathematics and computer science and recreation and leisure studies from Hood College, a master's degree in recreation planning and research methodology from The University of Maryland, and a doctorate in recreation and parks (natural resource management) — specializing in management information systems and public administration/community systems planning — from The Pennsylvania State University.

Dr. Rodgers' scholarship focuses on the human dimensions of natural resources, research methodology and evaluation, social psychology of leisure, and demography and community/park planning. She has authored a body of research in refereed journals, book chapters, book-length monographs, and other publications; has secured well over $1,000,000 in extramural funding; and has delivered a broad range of scholarly presentations regionally, nationally, and internationally.

Prior to her employment in 1999 with Mason, Dr. Rodgers held positions as a principal planner/ research associate and Census Bureau liaison with the Maryland-National Capital Park and Planning Commission and as an assistant professor and program coordinator at The University of Maryland (where she was recognized as a university Outstanding Teacher and currently holds adjunct graduate faculty status). Dr. Rodgers has worked as an educator, consultant, research analyst, public administrator, and planner, and has held leadership roles in numerous professional organizations and on journal editorial boards, currently serving as co-editor for the Journal of Park and Recreation Administration, a member of the National Committee for the Peer Review of Scholarly Teaching, and on the board of directors of the National Recreation and Park Association (Society for Park and Recreation Educators). She has been recognized at Mason with the Outstanding Achievement Award.