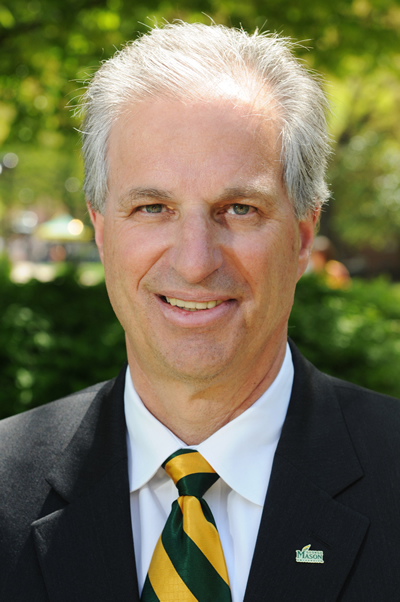 Mark R. Ginsberg, is the Dean of the College of Education and Human Development at George Mason University (GMU).

George Mason University, located in Fairfax, Virginia, is the largest public research university in Virginia with over 36,000 students, and one of the most diverse large universities in the nation. A Carnegie “very high” (R1) research university, Mason had been identified by U.S. News and World Report as among the top “up and coming” universities in the United States, George Mason University is an innovative, entrepreneurial institution with global distinction in a range of academic fields, including education and human development. The University is an example of the modern, public university.

Universities are places that seek truth and scholars conduct research to discover facts.

Universities have a special responsibility to serve the public and society with fidelity to more than what one believes – to have fidelity with what we know. Academics have a very special responsibility to articulate positions backed by evidence. When we write, we accurately must report evidence that supports the positions we take and perspectives that we infer. Science is about facts and scientific ethics demands appropriate methodology, rigor and accuracy in reporting. There can be alternative explanations for what led to observable phenomena – and debates about such distinctions. However, there are no alternative facts.

The troubling phenomena of “fake news” and the more recent description by government officials that there are “alternative facts” are dangerous trends foreshadowed decades ago by Orwell in his fictitious account of an unheralded and dangerous future society. Orwell’s premise in 1984 that “if a lie is repeated it becomes truth” is a danger that would become a menace for us all. In Europe, some nations have recently formed “SWAT Teams for Truth” that seek to correct deliberate mistruths, or what usually are called lies. The fiction of 1984 must not become a reality of the current era.

Universities and academicians must seek and report facts truthfully. It also is our hallowed and principled responsibility to correct inaccuracy. We must not remain passive when it comes to accurate reporting of fact. As the respected journalist Christine Amanpour recently observed, it is imperative that journalists be “… truthful not neutral...” The same principle must apply to the community of scholars.

There is a distinction between partisan politics and policy advocacy. The role of the academy is to provide evidence – rigorous scientific evidence – that lends support to positions, policies and practices. It is also our role to correct inaccuracy – both unintentional AND especially when it is intentional. We must be “truthful not neutral” -- now more than ever. It is our responsibility.